In 1998 I built this line level preamplifier – the Diego Nardi 5687 ‘WOT’ (With Output Transformer) transformer-coupled linestage, as published in Sound Practices #10. 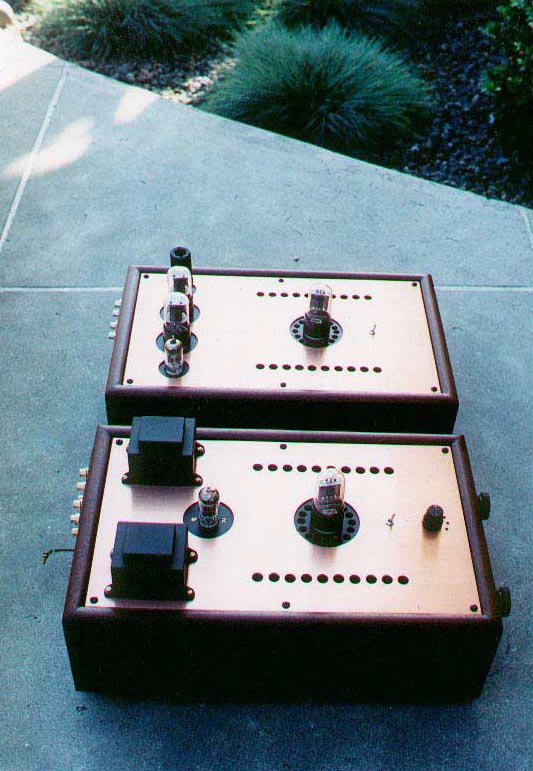 The 5687 is a nice, low distortion, 9-pin twin triode, developed by Tung-Sol in the 1940s for industrial-military use.

5687 plate curves look impressively parallel – if you get sweaty over these things.

In audio,  the 5687 was chosen by Hiroyasu Kondo for his legendary Audio Note Ongaku amplifier (and other Kondo designs). Pretty good credentials then.

The signal schematic – it doesn’t get much simpler than this – just one tube + an output transformer and volume control (originally a DIY resistor ladder step attenuator, later changed to a DACT SMD resistor type, then a TVC Transformer Volume Control – more later).  However, Diego’s design had some special PSU features:

Note that a single tube stage (except for cathode followers) will reverse phase and the OPT needs to be connected to correct phase.

This preamp sounded uncoloured and ‘invisible’ but not a lot of ‘magic’.  However I had some serious problems:

I decided to re-house the PSU into a separate outboard box – but this did not solve the noise problems. 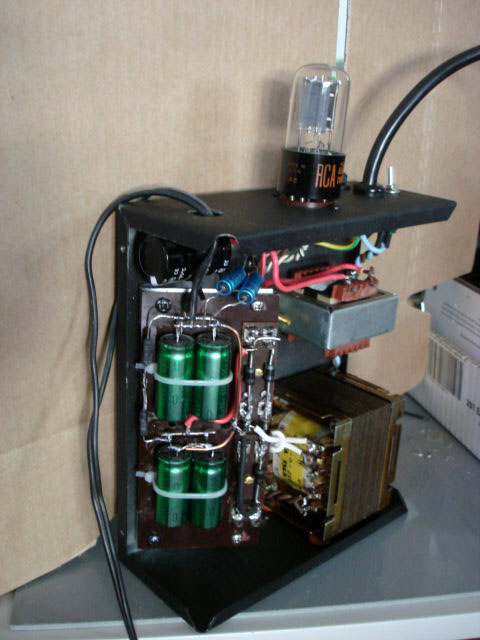 I tried box-encasing the OPTs, shielding them, different orientation – no improvement.   I then contemplated springing for costly, new, higher performance Line OPTs.  But finally, I threw in the towel, I gave up!

I decided to build….a JE Labs Linestage (story to follow).

Postscript:  With a TVC at the input end and an OPT at the output, I was eventually able to kill the hum by breaking the -ve Grounds at input & output – ie. eliminating a couple of Ground/Earth ‘loops’ by using the TVC and OPT as isolating transformers.